The Ahimsa Goshala Foundation is a not for profit society registered in the province of British Columbia, and governed by the B.C. Societies Act.  Its founders and directing officers are Tim Moore and Olga Moore aka Yoginath and Udarakirti.  All donations are deposited into the Ahimsa Goshala Bank account and used exclusively for the service of Go Mata.

Ahimsa Goshala was started in the spring of 2014. During the first year energies were focused on constructing a barn and fencing an area around the barn. When this was completed 3 miniature zebu cows were purchased from a specialty breeder near Swift Current Saskatchewan. The following year we purchased "Surabhi" our Gir cow, from another licensed breeder near Calgary. She was 6 months old at the time.

In September of 2018 we imported semen from a champion Gir bull in Texas.  That semen was used to breed Surabhi and she is expected to calf in July 2019.  Two of our mini zebus were also bred and they calved in the spring of 2016 giving birth to Dharma Mani and Ramananda Raya, our two mini bulls who have since been trained to pull carts and are very friendly.

Yoginath and Udarakirti (aka Tim and Olga Moore) are a husband and wife team who have been involved with the Saranagati farm project since 1994.  Yoginath has a background in journalism and studied at Western Washington State University in Bellingham, WA.  Udarakirti was a piano teacher in Russia and was instrumental in working with Amnesty International to end religious persecution of the Hare Krishnas in the former Soviet Unioin.  She came to Canada in 1989 as a political refugee and married Yoginath in 1991.  They raised 4 daughters in Saranagati Village and in recent years have turned their attention to raising Krishna's cows.  It has been a steep learning curve since neither had previous experience in animal husbandry, but over the years they have networked with goshalas all over the world in order to understand the techniques of conscientious cow care.

Daivata (Tony Alves) worked in the oxen training program at the ISKCON farm in West Virginia from 1981 - 1991.  He fell in love with Saranagati Village and came out of retirement in 2014 to work with the oxen of Ahimsa Goshala. He now spends 6 months of the year in Saranagati Village and 6 months in India.  His wife Visvadika (Joanne Alves) also divides her time between India and Saranagati Village.  She is a member of People for Animals International and a co-founder of the Nandishala Project in West Bengal.  She has a background in homeopathic medicine and was formerly the chief health care provider for a herd of 346 cows at the ISKCON Mayapur Goshala.

Our on call volunteers who help with cleaning, feeding and general care are Ramanath, Vicaru, Brihat Mridanga, Jennifer and Triloka Mohini.  Our fundraising coordinators for the Janmastami celbrations are Pravin and Meenasha Mysuria. 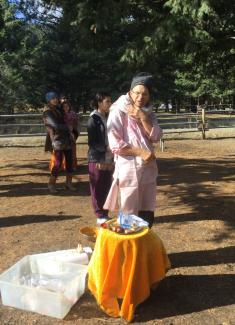 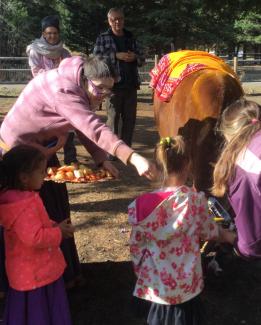 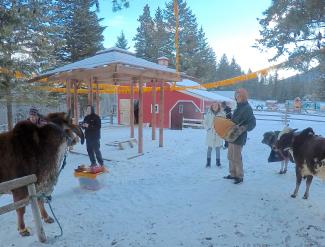 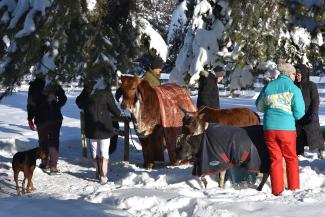 CONFIDENTIAL - DO NOT DISSEMINATE. This business plan contains confidential, trade-secret information and is shared only with the understanding that you will not share its contents or ideas with third parties without the express written consent of the plan author.
Building the Eco Barn